During Lent we are raising money for the Additional Curates Society. You can collect a box from church and bring the box in after Easter, or you can give online via https://additionalcurates.co.uk/support-us/

Each week I’ll be sending you the story of a Priest who was supported by the Society and what it means to the parishes involved. Here’s the third: 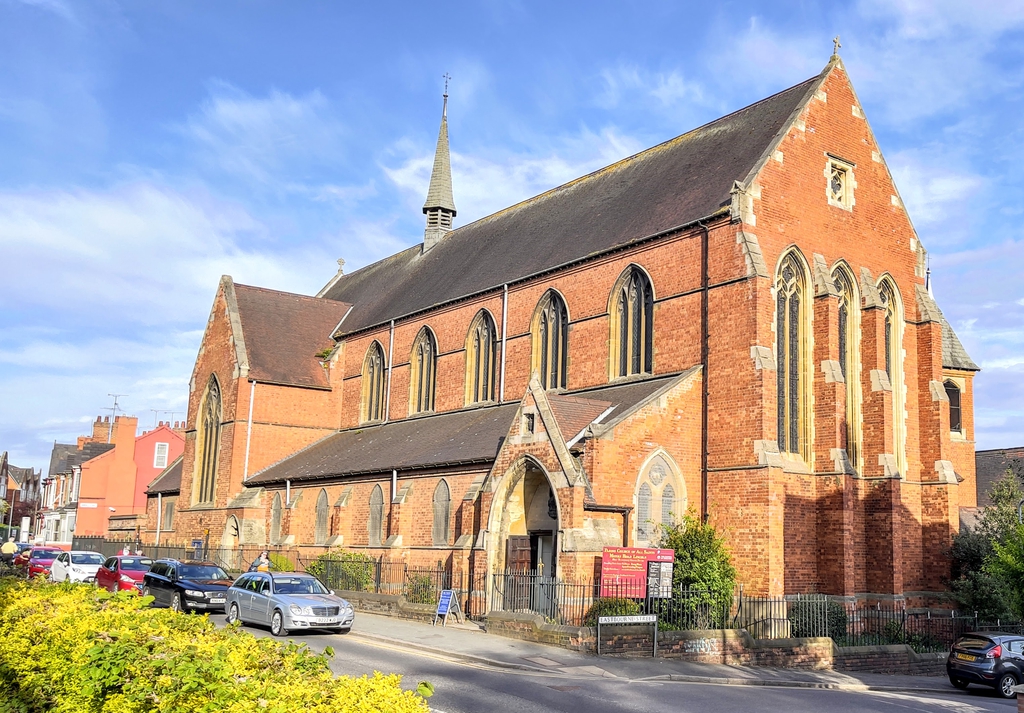 The support of the Additional Curates’ Society for an Assistant Curate in All Saints’, Monks Road, Lincoln has been a tremendous boost to the whole Church here- as well as the Vicar! All Saints is a fine Edwardian Church, close to the city centre but in its second most deprived area. Streets of terraced houses, multiple occupancy, ethnically very diverse, high levels of living on benefits and amidst it all and not atypically a beleaguered Anglo-Catholic Church. Since the departure of the last resident Vicar for just All Saints in 1993 the Church has been variously amalgamated with another parish, grouped into a federation which was then dissolved and then in a three year vacancy.  After 1993 it did have Resolutions A & B in place- until one Vicar and his wife by their votes made up a majority to rescind them. After that only the valiant determination of the churchwardens and other key laity meant it was able to maintain a traditionalist stance over priestly ministry. But it was all far from easy and took its toll. Attendance at the Sung Mass often struggled to reach double figures. It could have been closed or handed over to the HTB Resource Church. To its great credit however the Diocese of Lincoln took the decision that to honour the Women Bishops Settlement of 2014, it was only right that the Cathedral City should have one traditionalist parish and that the church best suited was All Saints. The former Vicarage the previous incumbent had declined to live in was re-purchased and a Society Priest put in as Vicar!

A Vicar notwithstanding, a “Populous Parish” of over 7,000 with a massive work of rebuilding and mission before him, an Assistant Curate was more than a blessing. In 2020 Fr Ross Copley came to the parish to be ordained as soon as was allowed. An ACS grant to assist him and his work was a wonderful gift. We would have struggled financially without it! Despite Covid-19, and in some ways because of it, Fr Ross has been invaluable to me and the whole church community. Fr Ross will describe some of this work himself.

Beginning ministry was always going to be an adjustment, even from the cloisters of St Stephen’s House, moving into parish life was going to something very different. The pandemic supercharged this adjustment in ways I’d never imagined including a three-month delay to my ordination to the diaconate, a reduced liturgical role and opportunities to visit and meet with parishioners both in-and-out of church. Despite this, I have been keen to be involved in a variety of parochial projects and missional/pastoral opportunities.

In November I joined the Chaplaincy Team of Bishop Grosseteste University and although having being very infrequently on-campus, I have been able to connect with students and staff through various online sessions and be there as a reassuring face and support. I have really enjoyed seeing the chaplaincy side of ministry and its opportunities to be alongside others and to meet them where they are, especially as so few in a university setting would describe themselves as Christians.

Zoom has become a ubiquitous activity in a pandemic year – to this end, I planned and delivered, alongside Fr Paul and Fr Peter Green, a Lent course focussing on the role of St Joseph in scripture and by tradition. Having an online Lent course meant there was three times as much engagement from the faithful than an in-person session had been in previous years.

Given the absence of young people in our worshipping community, I’ve worked to establish a new young adults’ group Frassati & Goretti, undertaking a virtual trek of the Camino de Santiago to raise funds for its activities, securing £400 of sponsorship. There will be a monthly event from October and will aim to give an opportunity for discussion and discipleship, as well as grow the parish presence amongst students at both universities.

Since June 2021 the parish has partnered with another local church to support ten families from our local school with a bi-weekly food parcel and children’s craft pack. Serve thy neighbour has been particularly wonderful because it has allowed me walk the parish, chat with the families and to get to know the children, who are always excited to tell us about their week. Every pack is accompanied with a reminder of the next delivery, and more importantly a gentle nudge that Fr Paul and I are available for a chat, should they ever need to. This type of engagement was one of the key reasons I was so excited to be serving my Title at All Saints, as a parish of significant deprivation, I have been reminded of the work of the ritualist Fathers who not only worked to alleviate poverty and desperation, but also bring the faith and be amongst those in the community.

Finally, I was asked by the Diocesan Director of Ordinands to be a Young Vocations advocate and have been meeting online with the Ministry Team at Church House to discuss and learn how we could be growing lay and ordained vocations. This has been a real help in getting to know a diocese which was new to me and to make connections for good collegial relationships.

My first year in curacy has been a very mixed bag in terms of experience. We have very few opportunities for pastoral offices, so I have been glad to get some experience by covering other parishes, especially baptisms. I hope this has highlighted the foundations which we as a congregation have been developing this past year, and that my participation has in some way been a confidence boost to the church community. I am so privileged to serve the parish of All Saints and I am thankful for the support that the ACS has given, which has enabled me to flourish in my first year of ministry.